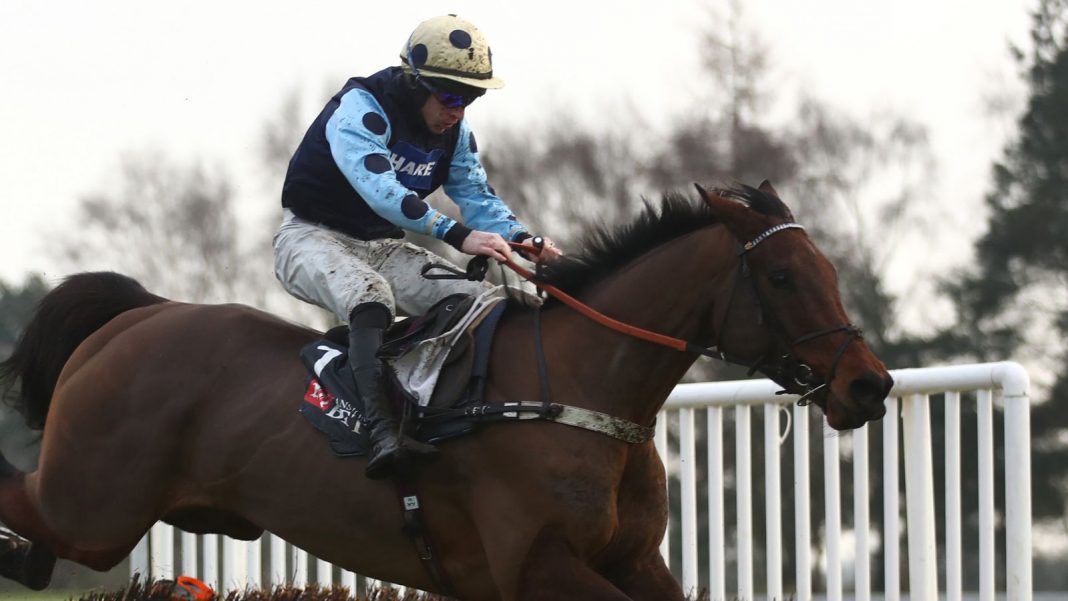 Run on the Old Course at Cheltenham, the Arkle Challenge Trophy is a Group One National Hunt steeplechase open to horses aged five years or older. The official distance of the race is one mile, seven furlongs and 199 yards. This is a race with thirteen fences to be jumped and is for novice chasers and if you want to know more, this betting guide to the Arkle Challenge Trophy will bring you fully up to speed.

While the Irish are once again expected to dominate the Greatest Show on Turf, one hope that British can be excited about is Edwardstone. After winning the Henry VIII Chase at Sandown over Christmas, Alan King’s charge has carried a Group One winners penalty to wins at Kempton and Warwick respectively.

In the latter of the two, which was the Kingmaker, the eight year old looked as though he went far too early but was still powerful enough but beat off the challenge of Third Time Lucki and Brave Seasca, both of whom go again here.

The soft ground did Third Time Lucki no favours in the Henry VIII Chase who had won twice at Cheltenham earlier in the season and also tasted victory in the Lightening Novices Chase beforehand.

This is a horse that requires decent going which he is unlikely to get on the first day of the Cheltenham Festival which brings concern, although concern that is somewhat tempered by his 14/1 price.

In the shorter betting, Blue Lord has won three of his starts over fences and was last time out he took down the Irish Arkle at the Dublin Racing Festival. Blue Lord is one of Willie Mullins’ three best novices which also include Saint Sam and Haut En Couleurs.

The first of these went off as the favourite in last year’s Boodles but was beaten into second by 80/1 shot Jeff Kidder, while Haut En Couleurs came home third in the Triumph Hurdle. Back in the Irish Arkle, Saint Sam was third, but Haut En Couleurs failed to finish after coming down at the third fence.

It’s worth noting that five year olds have not traditionally fared all that well in the Arkle but then again successful trainers like Mullins know what they’re doing and wouldn’t enter their charges if they didn’t think they had a chance of success so are definitely worth consideration.

All About The Arkle Challenge Trophy

Race number two on day number two, the Arkle Challenge Trophy is the leading minimum distance chase for novices in the British jump racing season. This means that only horses who are yet to win a race of this type prior to the ongoing season can be entered.

It is raced on the left handed Old Course over a distance of one mile and seven furlongs with thirteen fences to be jumped. Mares in the running get a 7lb allowance of the race’s official weight requirement of 11st 4lb.

A History Of The Arkle Challenge Trophy

In 1969, the Arkle Challenge Trophy was introduced to the Cheltenham Festival to replace the outgoing Cotswold Chase. As you will already have guessed, the event takes its name from the legendary three times winner of the Cheltenham Gold Cup, Arkle. Initially, the race was supposed to be a fixture on Day Two of the festival, but in 1980 it was moved to the first day where it remains today, going off as the second race of the opening Tuesday.

The race has proved effective in previous years for spurring runners on to subsequent success in another prestigious two mile National Hunt chase, the Queen Mother Champion Chase. This includes, most recently, Put The Kettle On who, in 2021, become the first Mare to win the race since Anaglogs Daughter in 1980. Altior, Sprinter Sacre, Sizing Europe, Voy Por Ustedes and Moscow Flyer are all others who have claimed victories in both Cheltenham Festival races in their career.

Who is the favourite to win the Arkle Challenge Trophy?

This could change but right now it is Edwardstone.

In Ireland, viewers looking to watch the race can do so on Virgin Media.

What is the distance of the Arkle Challenge Trophy?

The Arkle Challenge Trophy is held over a distance of one mile and seven furlongs.

The Arkle Challenge Trophy is staged on a left handed track.

Are winning favourites common or rare in the Arkle Challenge Trophy?

In the past decade, the favourite has won six years out of ten, so it favours the market leader only a little bit.