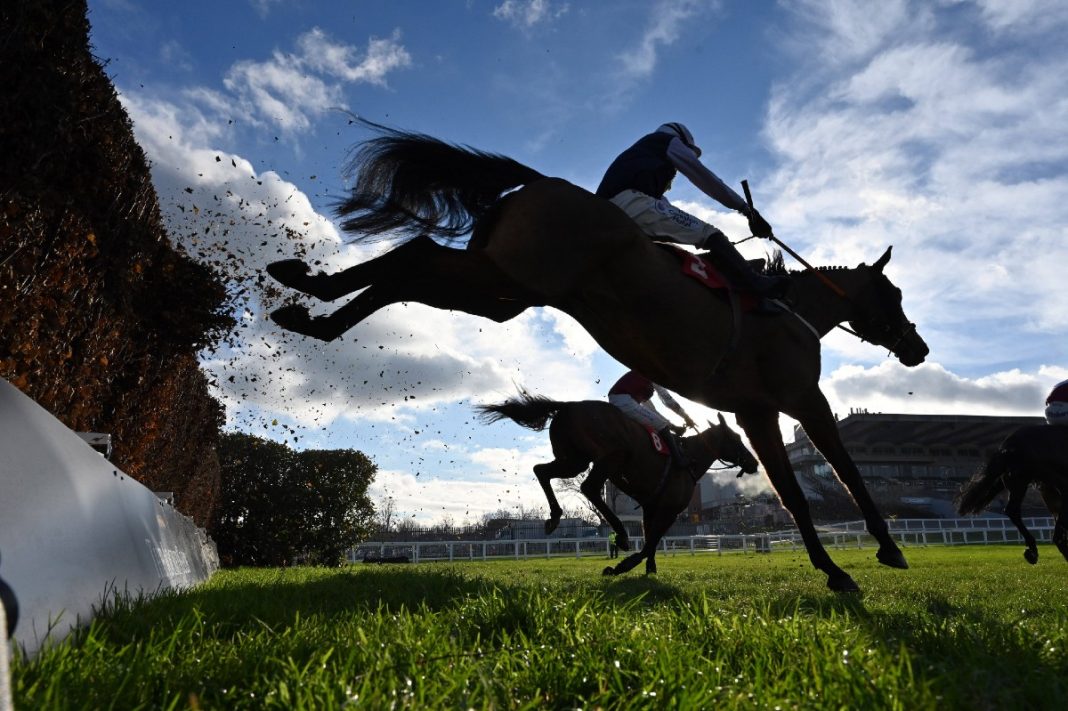 Jonbon (3) was a top-level hurdler and proven to be as effective over fences. Returned after an eight-month break with a 7L success in a novice steeplechase at Warwick. Hard to beat. Boothill (1) aims for a third consecutive success. Taken to steeplechases and caught the eye with a 1.25L win in an open Class Two steeplechase handicap. Up in grade today sure to go close. Unexpected Party (4) finished second in a competitive novice steeplechase at Warwickon return and has place claims. Honneur D’Ajonc (2) is the outsider of the quartet.

Love Envoi (3) was a multiple winner last campaign. Finished off the season with a strong second in a Grade One novice hurdle at Fairyhouse and is expected to outclass rivals with a reasonable handicap mark. Homme Public (5) returned after a nine-month spell to score by 5.5L a Wetherby handicap hurdle. Takes a well-deserved step up in grade. Playful Saint (6) can get involved based on a reappearance fourth. Expected to improve for the run. Hermes Boy (9) could make the most of a low weight and feature in the frame.

Shishkin (6) enjoyed an unbeaten season barring a below-par performance in the G1 Queen Mother Champion Chase at Cheltenham in March where he was pulled up. Expected to return in excellent order and prove difficult to beat. Greaneteen (5) won this race twelve months ago and relishes these conditions. Beaten by the main selection previously so will need to reverse form. Edwardstone (2) is an exciting novice chaser with multiple Graded placings. Steps into open company for the first time. Gentleman De Mee (4) holds each-way claims on best form. The race of the day.

Revels Hill (3) is entitled to improve for race fitness after a reappearance second at Ascot in a similar handicap chase. Tries a longer distance and could relish these conditions. Deise Aba (1) looks capable of a big performance despite top weight. Maintains some good staying form and may play a role. Quick Wave (2) resumes after a lengthy spell. The win at Ludlow in January was impressive and a repeat would give her chances. Eclair De Guye (9) holds each-way claims based on a good second in a staying steeplechase handicap at Warwick last season.

There’s no doubt it was a disappointing effort from Ahoy Senor (4) on reappearance when a well beaten fifth in the G2 Charlie Hall Chase at Wetherby. Forgive that effort as the Lucinda Russell stable star is two from two over course and distance and will take some beating on a G1 Mildmay Novices Chase success at this venue in April. Chantry House (1) pulled up tackling the G1 Cheltenham Gold Cup in March, however, holds form to mix it with the best on a going day. Grand National winner Noble Yeats (2) scored at Wexford in October and cannot be ruled out alongside the progressive Sounds Russian (6) stepping up in grade.

Ashtown Lad (11) shaped nicely when third hurdling here after seven months off the track. On the back of that outing will be ready for this and with further improvement expected this season is considered on his first attempt tackling these national fences. Course form is often vital here and Gesskille (13) commands respect following a nose second at this venue four weeks ago. Last year’s winner Snow Leopardess (3) was pulled-up at Warwick on return but could bounce back at this track. Hill Sixteen (4) and Captain Κangaroo (16) both look, each-way players. 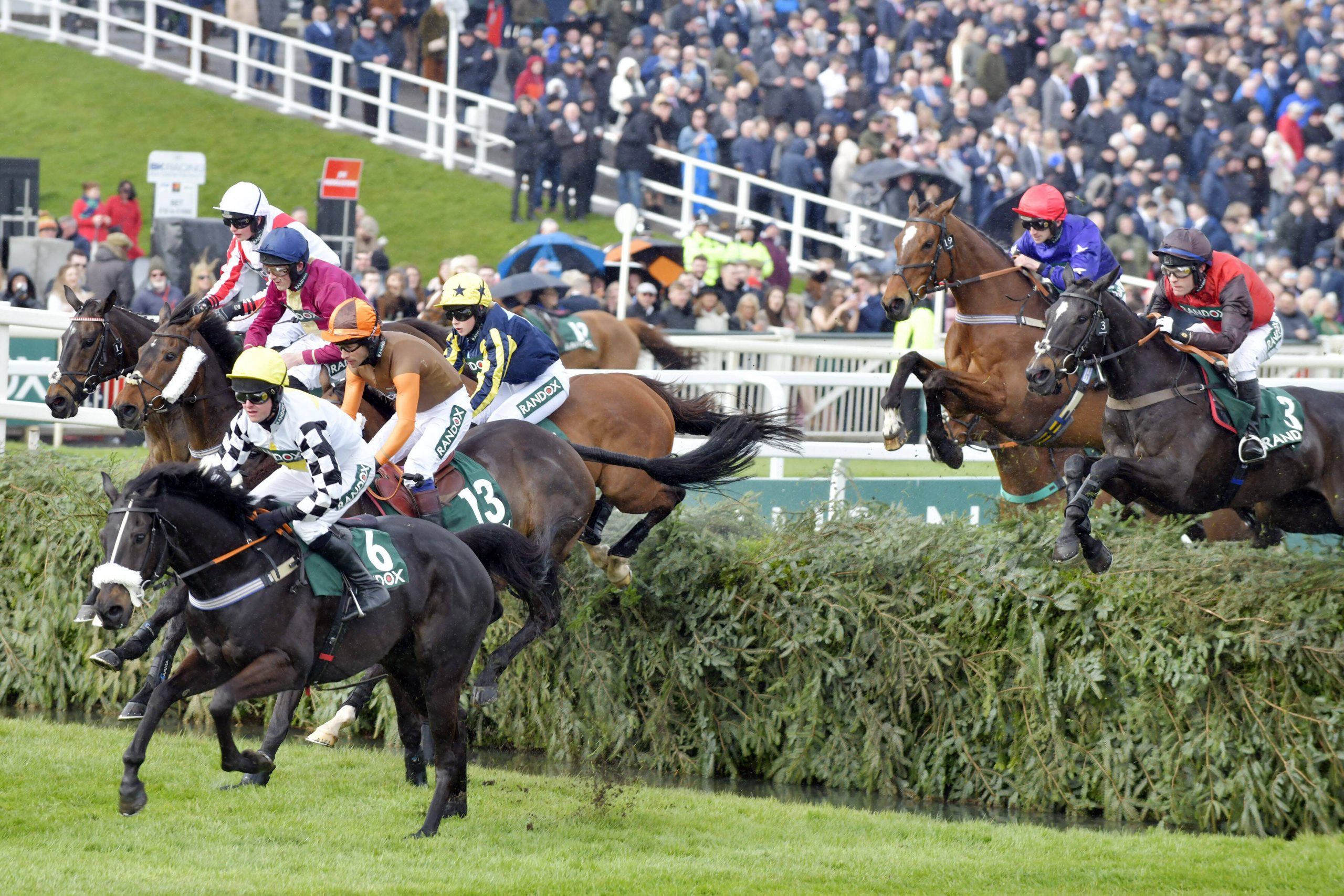 The form of a Riders Onthe Storm (7) head success in the G2 Old Roan Handicap Chase tackling track and trip looks solid. The runner-up has impressed at Haydock since and although this is fiercely competitive, he can defy a 2lb rise in weights. Brave Seasca (1) fell attempting the G1 Arkle at Cheltenham in March but must be of interest returning to handicap company and up in trip. Gunsight Ridge (9) kept on resolutely to win over 2m on reappearance. May go well off a higher weight. Kiltealy Briggs (3) and Knight In Dubai (10) are others to include.

Langer Dan (1) looked in need of the run when third over course and distance on reappearance. This winner of the G3 Aintree Handicap Hurdle here in April of a lower weight, he looks likely to go close with a return to this big-field scenario positive. The unexposed Walking On Air (6) was pulled up in the G1 Mersey Novices Hurdle at this venue in April however is clearly capable of better and must be respected now handicapping. Market Rasen winner Harbour Lake (4) might have more to give in races of this nature and Sizing Pottsie (5) rounds out the shortlist.