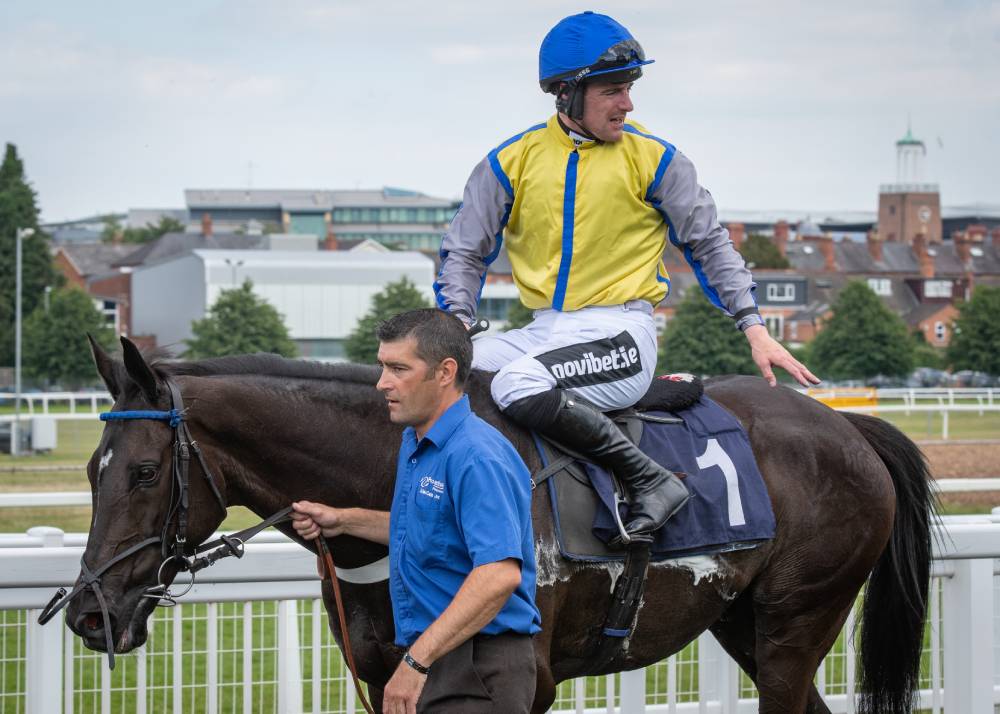 My first ride on the card at Sandown is Maximilian in the Grade 2 Ballymore Winter Novices’ Hurdle (2:20 pm). He’s a horse who’s done nothing wrong and has improved with every run. After his wins at Carlisle and Bangor in October and November, this looked like the logical next step. Dropping back to two and half miles at Sandown won’t be an issue for him, although it’ll be a competitive race with plenty of improving horses. He schooled well for me this week, so I’m looking forward to riding him.

Next, I’ll ride Heartbreak Kid in the handicap chase (2:55 pm). He’ll have a chance if he canreproduce his winning run at Uttoxeter in February, but this is his first run of the season and you’d expect he’ll improve on the back of it. He’s got plenty of weight to carry, but he’s a big horse who’s in good shape at home, so let’s see how he goes.

Sadler’s Bay is my last ride of the day in the novices’ handicap hurdle (3:30 pm). I cannot claim to know this horse well, but he’s obviously fairly inexperienced with this only his third career start. It’s not the worst race in the world either, with some runners who are in good form. Having said that, he’s not a massive price, so hopefully, he’ll have improved from his first two starts and can be competitive. 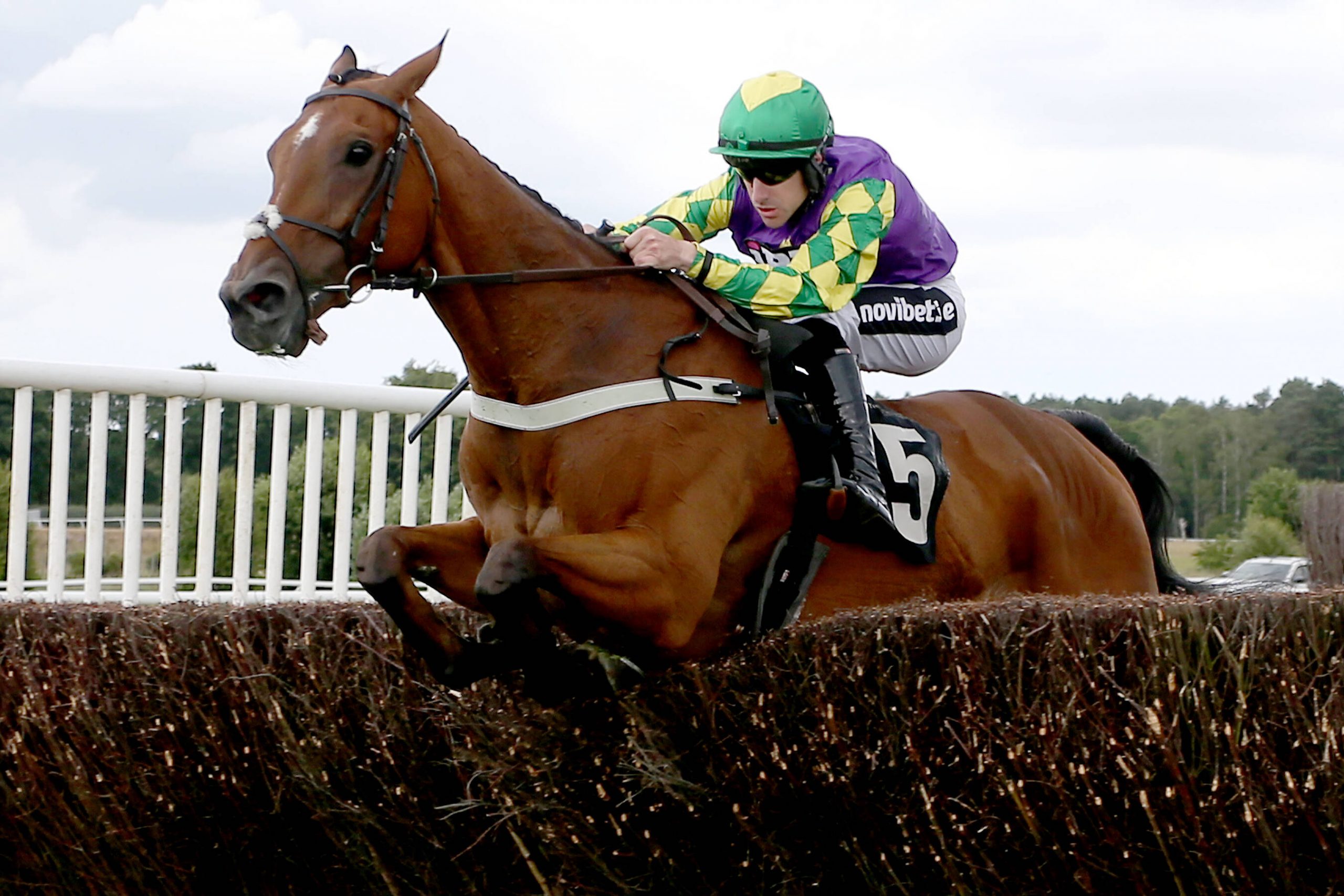 I’m up at Aintree on Saturday and kick off with Gaelic Park of Charlie Longsdon in the novices’ hurdle (11:45 am). He won a Point-to-Point and a bumper last season before I rode him in a maiden hurdle at Hexham in October. Though he finished sixth, he’d jumped and travelled really well all the way round – he just didn’t finish his race off. Hexham is a peculiar track, and some horses just don’t thrive there. Let’s hope it was just a case of that, and he can show us what he can do this time.

Then I’ll ride Isaline De Chandou in the Listed fillies’ juvenile hurdle (12:55 pm). This horse is comingover from France for trainer Donatien Sourdeau De Beauregard, and her French form is quite good. She’s taken on plenty of British and Irish fillies before, has all the experience she needs and goes well on soft ground. She’s been placed in Graded company out in France, where James Reveley has been riding her. I’m looking forward to getting on her – they don’t usually bring them over just for the Merseyside air!

Next is Snow Leopardess in the Becher Chase (2:05 pm). I won on her at Haydock a couple of years ago, and she’s won this race last year. She’s a lovely big mare who is a few pounds higher this year, but we know she likes the big National fences. Charlie is happy with her and tells me she’s been working well at home. Hopefully, she can recapture her best form and If she does that, she should go well here.

In the following race I’m on Riders Onthe Storm again for Richard Hobson (2:40pm). He won the Old Roan Chase in October, beating Hitman who went on to win a Graduation Chase at Haydock, so the form looks pretty solid now. If he shows the same level of form on Saturday, he should go well and looks to have a pretty solid chance given he’s only gone up two pounds in the handicap. 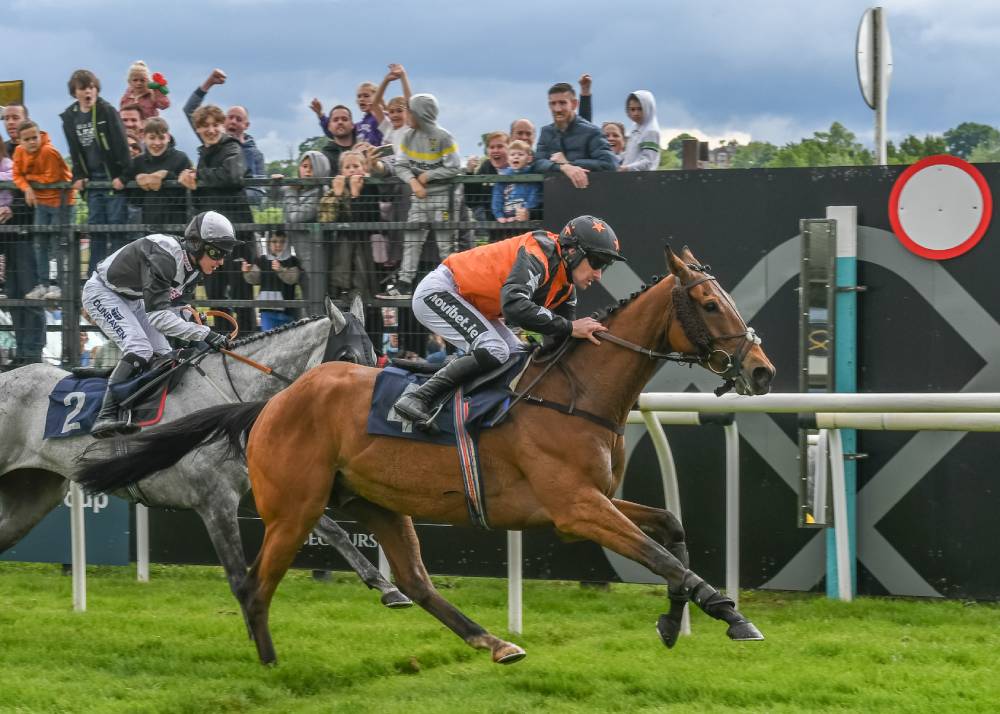 Benson is my last ride of the day in the handicap hurdle (3:15 pm). It’s a good race which is more competitive than his last two runs, where he was second both times. He’s got a nice racing weight and his owner is a big supporter of mine, so I want him to do well for him. He’s handicapped to run well if in the mood.

Aside from Aintree on Saturday, we’ve all got the Tingle Creek to look forward to. It’s going to be a great race. Shishkin’s connections are clearly happy with him, and Greaneteen is in good form, so it promises to be a cracking contest as it should be for a race of its stature.

It’s a small but select field. I always prefer quality over quantity in races like this, which is definitely what we’ve got here.

Nicky Henderson’s yard is in great form now – I have to say that Constitution Hill was very impressive last Saturday. It’ll be interesting to see how the rest of his season goes. If the Fighting Fifth was a sign of things to come, he’ll be extremely exciting.

It’s too early to say whether or not he’s the best we’ve ever seen. He’s got to go and do it, and then do it again year on year to prove himself. Will he beat Honeysuckle? I’m not sure. She’s high class, has been there and done it.